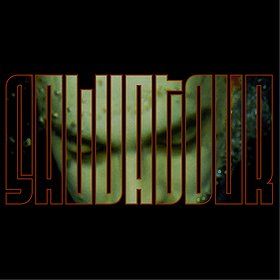 
The release of Bodega’s stunning debut marks a huge achievement for one of electronic music’s most exciting artists. Including the acclaimed singles ‘U Suck’ and ‘Salv Goes To Hollywood’, Salvador combines Bodega’s rich lyrical themes with his signature otherworldly production. Tracks muse on Bodega’s relationship with alcohol, romance, his own mental health and broader themes of life and death. Over the past twelve months, Bodega has had a creative hand in countless projects including the A&R and development of artists under his NUXXE label, acclaimed production for artists including Oklou, Shygirl and Cosima, and his evermore prolific solo work. Last year, a summer of touring saw Bodega centre himself as the frontman of his live show while experimenting with its arrangement. His most recent show at London’s St Pancras Old Church reimagined his works into orchestral arrangements alongside a live string quartet, described by London In Stereo as “truly mesmerising”. With so many creative endeavours at once and more to come throughout 2020, Sega Bodega is poised to enter the pantheon of pop’s great polymaths.